North Country Brewing Company’s Halloween Bash will be taking place on October 28th, 2015. Every year, the event is a major sell out! North Country makes their excellent Late Night Pumpkin Ale which is adored by all. Plus, is that an Embalmer logo I see on the bottom of their poster?? I haven’t even had that one, but I’ve heard it rated as the best IPA some of my hophead friends have ever had.

Tickets go on sale October 5th at the brewpub in Slippery Rock. 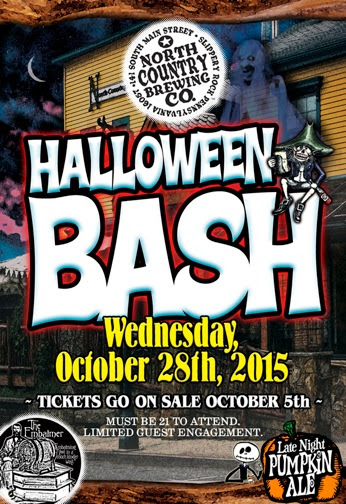 We broke the story earlier this year about North Country Brewing’s Late Night Pumpkin Ale being canned this year.

The time has come.

The cans are scheduled to hit stores this month! Let us know of any sightings. 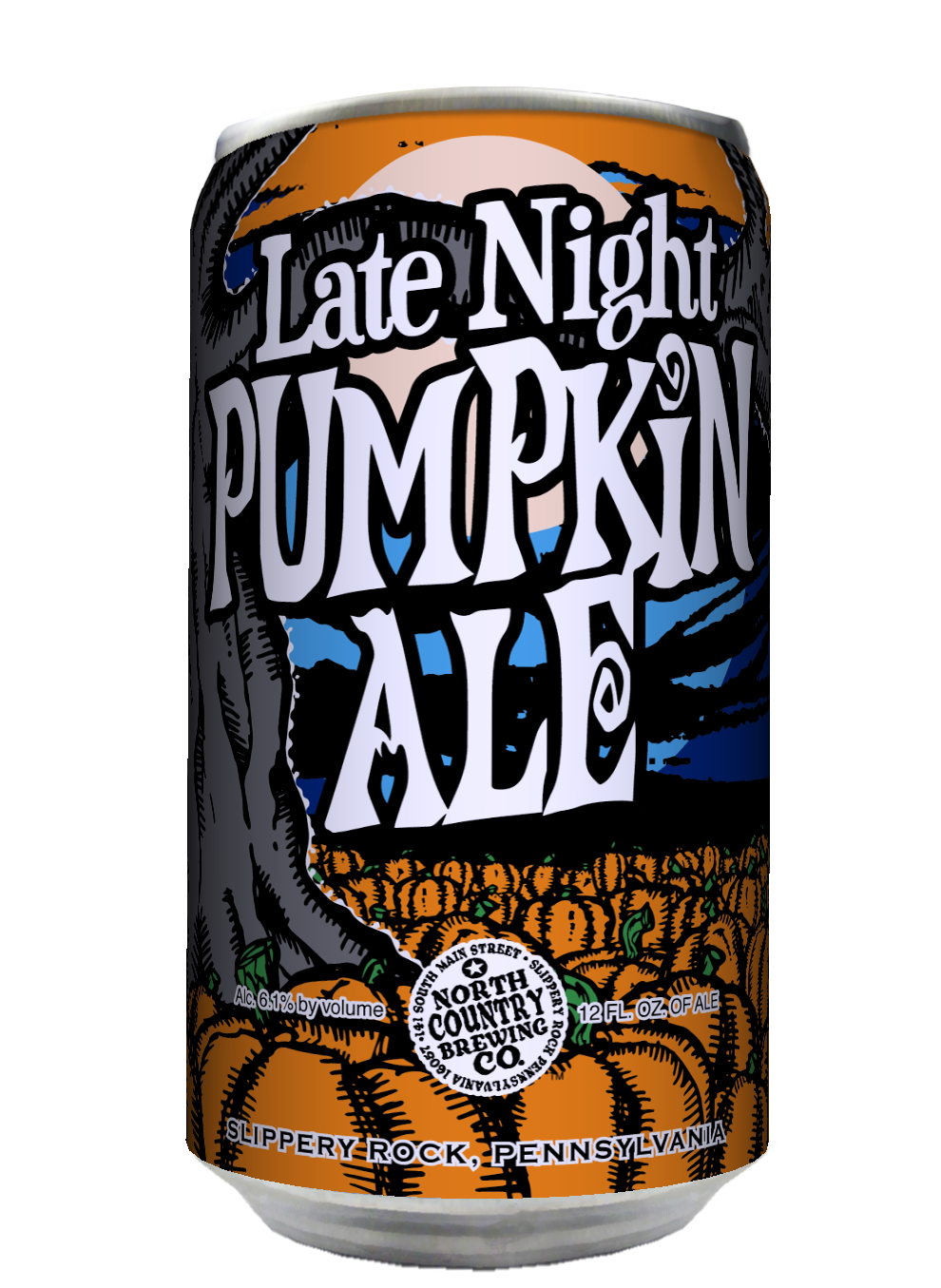 Is anyone else ADDICTED to the Fall seasonal from Brew Gentleman, Mexican Coffee? Welp, good news, it’s coming back September 16th!
For those of you that may be unfamiliar with Mexican Coffee, it’s a 6.5% ABV oatmeal stout spiced with Mexican vanilla and cinnamon, and it’s been the single most requested beer they’ve made to date. It’s highly addictive. You’ve been warned.

The rare and elusive Lake Erie Monster Imperial IPA from Great Lakes Brewing Co. is set to start arriving today. Look for it in bottles or draft.

Head down to Caliente’s in Bloomfield for the Cask Ale Extravaganza today, as a part of Pittsburgh Craft Beer Week! Starting at 1pm, they’re featuring the following beers: 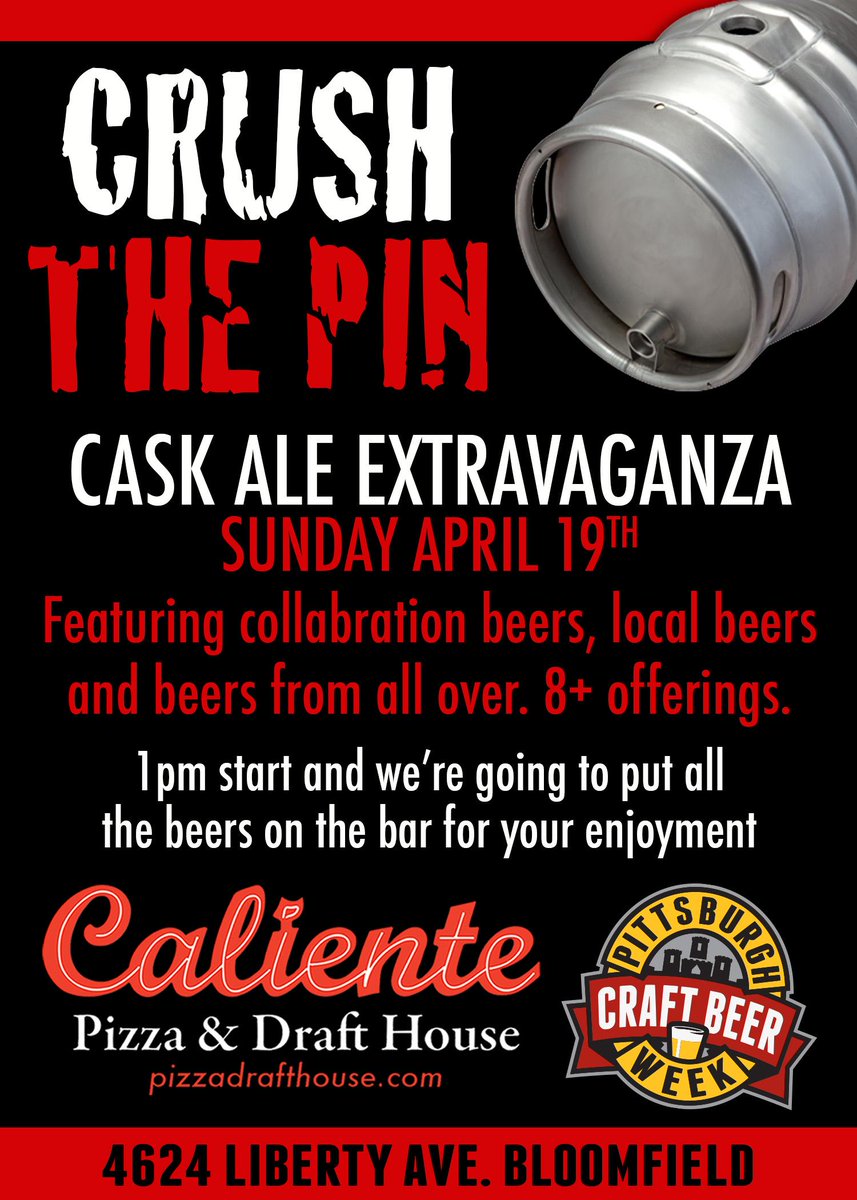 Great Lakes Brewing Co.’s Chillwave Double IPA has been spotted at the Giant Eagle in Cranberry!

Cases are also available at Lohman’s Beer in Wexford and Beer Express on Steubenville Pike.

Great Lakes Brewing co. seems to be having a bit of an issue getting this year’s batch of Chillwave Double IPA (formerly known as Alchemy Hour) out, but they’ve promised to have some available for its Pittsburgh release party tonight! Head over to Harris Grill in Shadyside during happy hour to get your first taste of 2015 Chillwave. They are starting at 5pm.

Mad Mex in Robinson is having IPA week, all week!

For example, today they have Bell’s Hopslam, Dogfish Head 120, plus three more.

Bourmuda Triangle IPA– 10.1% ABV – 22oz $21- Limit 2- Imperial West Coast-style IPA 50% aged in Wild Turkey Bourbon Barrels, 25% in Caribbean Rum Barrels, 25% in Extra Anejo Tequila Barrels. Blended once removed from the barrels and double dry hopped with Apollo, Galaxy and Simcoe. Make no mistake about it, this is an IPA through and through, not just a hopped up barleywine. We’re working our hardest to bottle this as close to the release as humanly possible, so please, DO NOT AGE- DRINK FRESH!! You may have heard about this one, as we had it in draft form at theGOOD WOOD Fest, and at Weird Beer Night. Or not. We’ve been describing it as “A wine barrel aged sour brown ale”, but you can get the full backstory on it here if you like, including the part about where the name came from. You may have even seen some on tap at the brewery lately too – in fact, we’ve got a keg of it on tap right now (2/23/15) if you’d like to stop in a Growler or a pint.  But this release is for the bottled form of this beer. A little over a year ago, we took an entire batch of Illustration Ale and transferred it to wine barrels, dosed them with a Brettanomyces culture, and parked them under our chalkboard in our tap room. You may have leaned on these same barrels while perusing the draft list. Doing this was a pretty sketchy prospect from the start, especially given the nature of everything involved. But the culture eventually took hold in each barrel (the photo on the top of the Weird Beer Nightpage is actually the view into one of these barrels), and it added another layer of flavor complexity to an already complex beer. Wine like, with a light tartness and some spice, dry finish. It’s our flagship BigHop that was fermented 100% with Brettanomyces. It also picked up a bit of lacto-tartness along the way, as it too spent a bit of time in wine barrels. The result is a roller coaster of flavors: fruity, tart, bitter, and sweet with a dry finish of grapefruit pith. There’s really a lot going on in this beer, and we’re VERY pleased with the results. Which is great, because with a devoted open fermenter, we can definitely brew it again someday.